You are here: Home / Archives for Blog

The iPad and Kindle are going to make it easier, faster, and cheaper for all of us to get to the videos, music, books, and magazines we love. How? By demonstrating big-time mass appeal. Like cell phones, they'll become a perceived necessity. A "That's so cool. Got to have one. How did we ever get along without one." kind of thing. The iPad was just released and sold somewhere around 400,000 units the first week and up to 6 million units this year. The launch is being hyper-covered by all … END_OF_DOCUMENT_TOKEN_TO_BE_REPLACED

"It all started at a tiny 5,000 watt radio station in Muncie, Indiana." Les Nesman, WKRP in Cincinnati What does this have to do with my boss expecting me to figure out how to post a video from a CD to a website on a Friday afternoon and have it ready for Monday. I'll get to that. About 2 years ago I had a sales job but was also seen as the "tech guy" there because no one else knew a thing about computers. One Friday just after lunch the boss came in and handed me a DVD with an 8 minute … END_OF_DOCUMENT_TOKEN_TO_BE_REPLACED 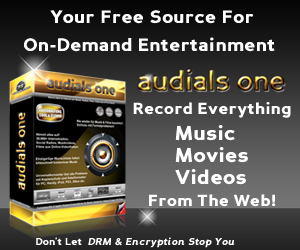